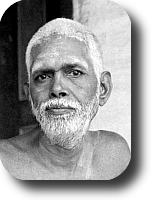 The Path of Sri Ramana, Part One

Bhagavan Sri Ramana Maharshi has revealed that perfect and eternal happiness is our real nature, and that the self-enquiry 'Who am I ?' is the direct path through which we can attain and enjoy such happiness here and now. He himself attained Self-knowledge (atma-jnana) while but a sixteen-year old school boy, and therefore lived as the Sadguru of countless people of all countries and all religions. This book, The Path of Sri Ramana – Part One, is a profound, lucid and masterly exposition of the spiritual teachings which He graciously bestwoed upon the world!

In this book, unlike in other commentaries upon the teachings of Sri Ramana, the exact method of practising the enquiry 'Who am I ?' is analysed and explained in a clear, coherent and scientific manner, taking as authority only the original Tamil works of Sri Bhagavan and not relying merely upon the translations of them or upon the various conversations with Him recorded by devotees in other languages. It is for this reason that this book has been widely acclaimed by sincere devotees of Sri Ramana, including such senior disciples as Sri Natananandar, to be a definitive work on His Teachings anda rare treasure of his Grace!

The author of this book Sri Sadhu Om, was born with a spiritual bent of mind and, having already reached the pinnacle of desirelessness, he came to Sri Ramana Bhagavan in his early youth and took Him as his Sadguru. When Sri Bhagavan instructed him, "Attend to that for which you have come", he looked upon these gracious words as a mahavakya and therefore dedicated himself earnestly and one-pointedly. to that practice of Self-enquiry and self-surrender, that is, to being ever inwardly attentive lest the least trace of ego should rise from within. It is because he thus whole-heartedly followed the path of Sri Ramana and thereby became a pure and worthy channel for His Grace to flow through, that Sri Sadhu Om is able to expound the practical teachings of his Sadguru with so much clarity, originality and authority.

– From The Path of Sri Ramana, Part One by Sri Sadhu Om